«The Memphis group was one of the most unusual phenomena to appear in the world of design in recent decades. It emerged in the winter of 1980-81, when a group of young designers eager to break away from the dogmas of functionalism and industrial design formed around the Italian architect and designer Ettore Sottsass. The group’s first collection, presented at Milan’s Arc’74 gallery in September 1981, was an international sensation. Characterized by garish colours and wild patterns, the Memphis designs seemed to have walked straight off the pages of a comic book and gave rise to a completely new look in which popular culture, advertising aesthetics, and post-modernism merged in a crazy medley. The exhibition Memphis: 40 Years of Kitsch and Elegance at the Vitra Design Museum Gallery celebrates the fortieth anniversary of the group’s foundation through its creations, presenting furniture, lamps, bowls, drawings, sketches, and photographs that give insight into the world of Memphis. Exhibits include works by such well-known members as Ettore Sottsass, Michele De Lucchi, Martine Bedin, Michael Graves, Barbara Radice, Peter Shire, Nathalie Du Pasquier, and Shiro Kuramata». 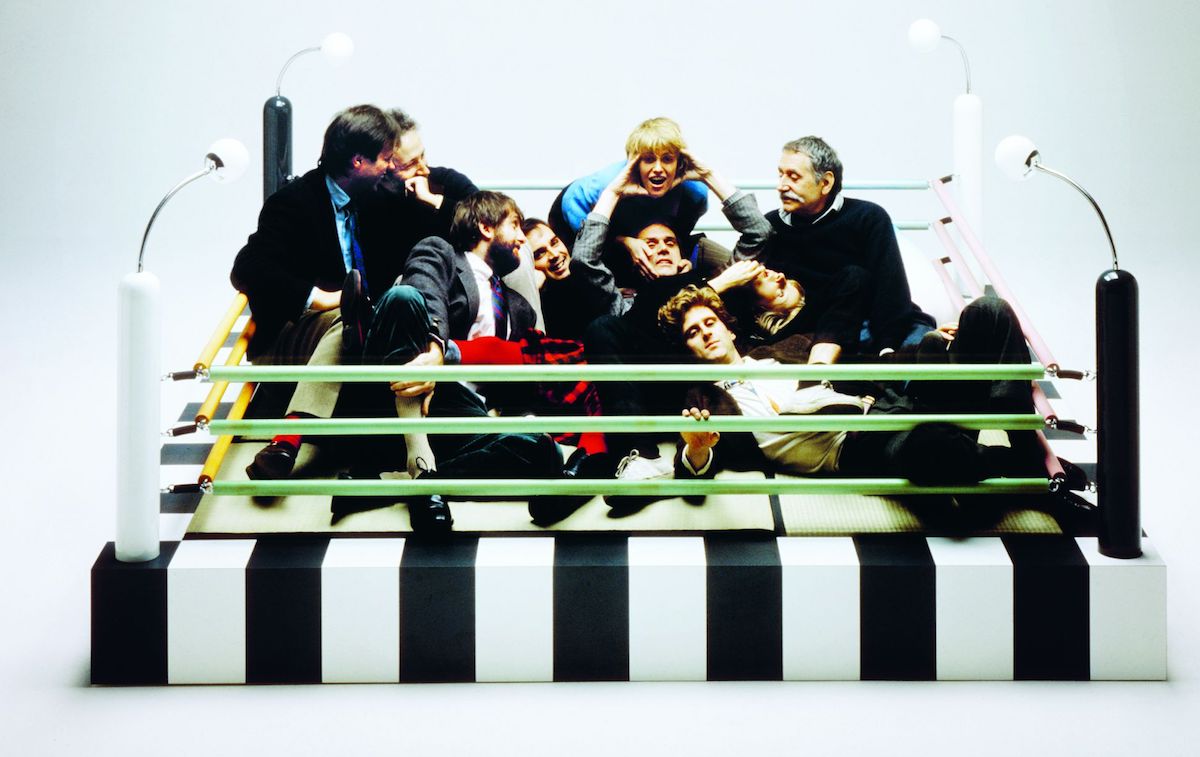